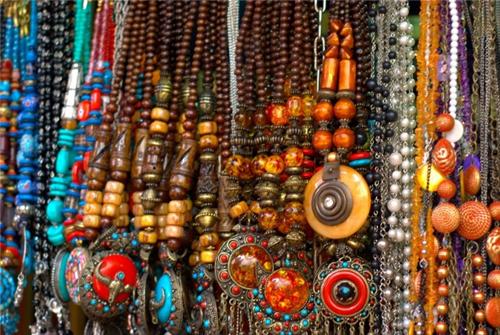 If you are coming to Bhuj from a different part of India then you will find yourself in a shopping paradise. Not only will you find great apparel right from ghaghra-cholis to salwar kameez to sarees but you will find the evidence of great handiwork skills which are rarely found outside Gujarat. You must be aware, Gujarat is India’s textile hub and cloth is found at 30% cheap prices here. Bargaining skills are required as the old system of displaying wares out in the open still prevails here. Apart from apparel you will find well developed shopping facilities for silver and gold jewellery, woolen garments, handicraft items, organic food, vegetables etc.

There are several craftsman villages around Bhuj where artisans specialize in block print, tie and dye and Bandhni prints. In fact creating exquisitely coloured prints is their entire livelihood. Other villages still specialize in Kathi work, mirror work and colourful thread embroidery work. Now all this work is either directly sold from the homes of artisans or is collectively brought to the town of Bhuj for sale. Cotton is by far the most popular material in Bhuj for apparel but you will find the above mentioned skills applied to Georgette, chiffon, organza as well as various types of silks! Other items of interest in Bhuj in apparel segments are jootis or mojris with intricate handiwork on them. Colorful bags, purses and potlis (small purses with draw strings) also abound in Bhuj.

Bhuj is the town to which traditionalists all over Gujarat travel to in order to find chunky silver jewellery that reflects their culture. Right from anklets to earrings to armbands and chokers it is silver that each and every native of Bhuj wears in huge quantities. Men wear silver ornaments too as it is supposed to add to their masculinity. Jewellery here is a display of power, position and wealth. The city bazaar of Bhuj is the biggest trove of traditional jewellery in its most unadulterated form.

Most of this jewellery is made of silver wires and silver sheets while glass beads add to colour and ghunghroos add the tinkling sound that is typically associated with Kutchi traditional jewellery. White metal is used to make jewellery for masses while the richer sections of the society use silver jewellery. There are umpteen silversmiths in the galis of Bhuj bazaars but bigger establishments like Soni Hariram Ravji store is also present.

Gold jewellery shops too abound in Bhuj where everything from traditional to contemporary designs are sold. The typical Gujarati is well off as well as religiously inclined so sales in these shops peak up around Dhanteras and Navratri. JVK is one of the biggest brands in gold jewellery in Bhuj and it has several branches in the city. There are branded franchisee partners of Nakshatra and Carat Lane too which sell contemporary diamond jewellery. Shops like Bluespirit Gioiellerie have India’s top jewellery brands under one roof.

Ancient communities of Bhuj gave it the reputation of the Handicraft king of India. There are several nomadic tribes in around Bhuj who have individually unique craftsmanship skills which are passed don generations. The arid landscape of Kutch would be brightened by the vivacious threadwork and artwork created by these artisans. The handloom industry of Bhuj and its surrounding villages have greatly contributed to the enhancement of the financial status of the Bhuj government as well as the state government. 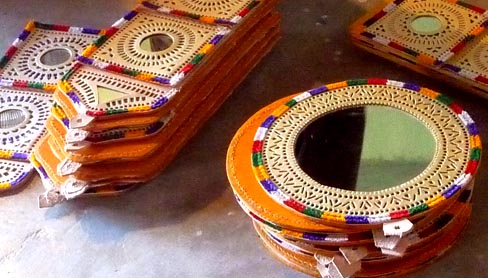 The Ahir handloom products are famous all over India and abroad because of the brilliant colours and the intricate mirror work. Rabari tribes have their own specialty of creating mud paintings and pottery items. Bhujodi is the textile handloom center of Gujarat where 1200 artisans are actively involved in production of bags, shoes and handloom products. Dupattas and artwork of Bhuj along with costume jewellery is exported to different states of India as well as abroad.


You can also visit the Kala Raksha Preservation Art Center located 20 km from Bhuj to understand and appreciate the traditional handloom industry of Bhuj. 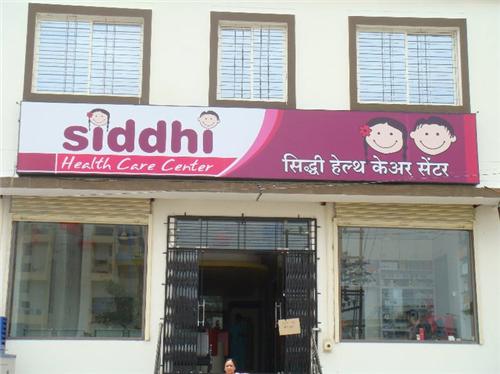 You can visit the following two centers for the same:

Vegetable and Fruit Shopping in Bhuj

Bhuj is essentially a vegetarian town and the local Kutchi cuisine makes ample uses os spices and an interesting assortment of vegetables to make delectable food. The Bhuj vegetable market is an ancient relic of history that dates back to 1883. There are lines and lines of vegetable vendors who sit on the streets or make shift tents displaying every conceivable vegetable.

Slowly, commercialization and cultural homogenization is creeping inside Bhuj.  There are only a handful of malls in Bhuj till now like Bharat Shopping Mall, S-Mart Shopping Mall and Smruti Mall. The affluent classes of Bhuj find it entertaining to visit these malls for shopping and spending quality time with their families. 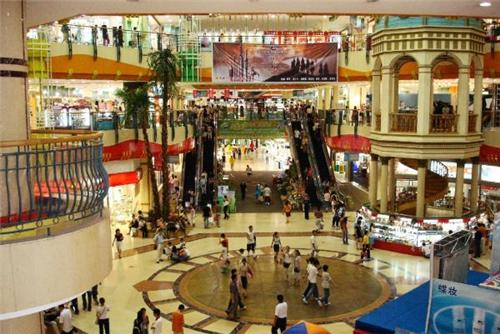 The Bharat Shopping Mall has a lot of well known electronic brands, coffee shops, and food court as well as apparel and fashion items all under a single roof. This place is ideal for tourists and young couples of Bhuj who want to see a more contemporary side of their town. There is also a fashion center quite popular with the younger generation called Pallav the fashion house which lies in Navvas, Madhabpur in Bhuj.