Bhuj has got very well connected roadways. Bhuj can be easily reached through road from different places of Gujarat State e.g. Palanpur, Ahmedabad, Gandhidham, Rajkot and others. Bhuj has road links with major places of Maharashtra and Uttar Pradesh as well. Buses are main ways of traveling by road. Buses are run by Gujarat State Transport as well as State Transport of adjoining states. Travelers can get buses run by private travel agents as well. Roads passing through or connecting Bhuj are well built and well maintained. 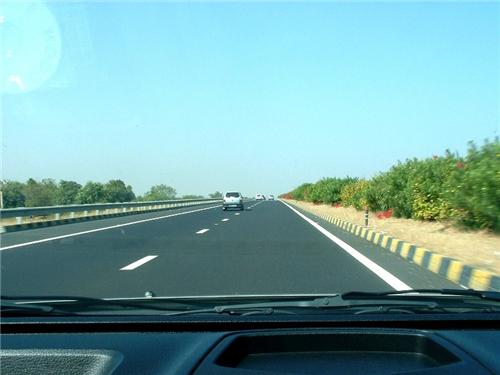 Bhuj has important highways passing through it. Apart from Buses, taxis are also very important means of transport through road. Taxis are used to travel within the city as well as to reach the adjoining villages or cities or towns of nearby states of Gujarat. Within city, Chhakadas are also used very frequently.

Bhuj is connected through national as well as state highways. Up to Bhachau, it is connected by state highway. Another important highway connecting Bhuj and Ahmedabad is the National Highway 8A.  This highway passes through places like Halvad, Sanand, Dhangadhra, Samkhiyali and Viramgam. Government has taken initiatives to convert this highway into four or six lane highway. 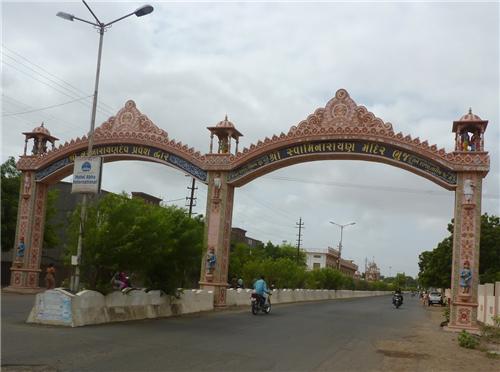 This will ensure road journey from Ahmadabad to Bhuj is enjoyable, comfortable and faster. Other highways that connect Bhuj to its adjoining places are Bhuj-Mundra Highway, Bhujg-Madhapar Highway and Bhuj-Mirzapar Highway. Important roads within Bhuj city are Jubilee Road, Atmaram Marg, Airport Ring Road, Hospital Road, Haripar Road and others.

Connectivity of Important Places to Bhuj via Road

Bhuj to Mundra by Road

The road distance between Bhuj and Mundra is about 55 KM. The total time taken for traveling is about 1 hour 30 minutes. Direct buses are there to reach Mundra from Bhuj. Apart from Gujarat Road Transport buses, you can also book tickets for Royal Express. The approximate fare is about Rs. 350/-.

Bhuj to Gandhidham by Road 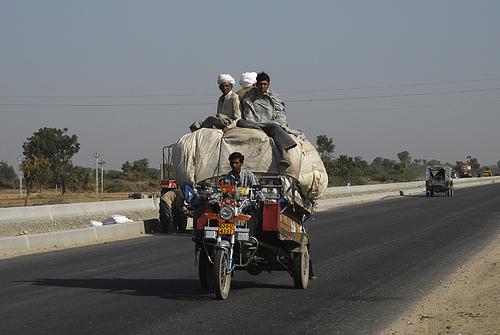 Bhuj to Gandhinagar by Road

The road distance between Bhuj and Gandhinagar is 351 KM and it takes about 8-9 hours to travel by road. Private bus operators like Royal Express, Patel Tours and travels, Shree Sahajanand Travels run ordinary buses as well as luxury buses between Bhuj and Gandhinagar. Overnight buses are also there that start between 9-10:30 PM and reaches destination by early morning.

Bhuj to Ahmedabad by Road

The road distance between Bhuj to Ahmadabad is about 352 Km and the total time taken to travel is about 7-8 hours. Private travel agents like Patel Tours and Travels, Royal Express, Shree Sahajananda Travels and Swaminarayan Travel Agency have different types of buses running between Bhuj and Ahmedabad. The fare ranges between Rs. 300- Rs. 550. The types of buses available are AC Sleeper/seater buses, non AC sleeper/seater buses, Volvo sleeper/seater buses and others.  The boarding points at Bhuj are Jubilee, General Hospital, RTO Circle, Gayatri Mandir, and VD High School.

Bhuj to Jamnagar by Road

Chhakadas or big rickshaws are very popular means of road transport that are used within Bhuj Town. For almost a decade these vehicles have been carrying thousands of passengers to and from various villages and sub-localities around Bhuj Town. These vehicles are user-friendly, affordable and are ecological. By driving Chhakadas, many families of Bhuj and surrounding areas earn their livelihood. At a time, about 8-10 passengers can sit in a Chhakada. 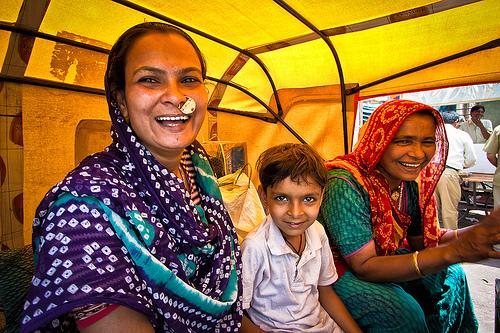 Here is the list of Chhakada routes in Bhuj.

The journey starts at Subzi Market/VD Circle. The stops in between are RTO, Vardhaman Nagar, Madhapar, Sheik Peer, Bhujodi and Kukma.  The approximate cost is Rs. 10- Rs. 15.

The journey starts at Subzi Market or VD Circle. The stops in between are Madhapar, RTO, Bhujodi, Vardhaman Nagar, Lakhond Patiya and Sheikh Peer. The approximate fare is Rs. 10 - Rs. 15.

The journey starts at Subzi Market/Jubilee/VD Circle. The stops in between are Mirzapar and Sukhpar. The fare ranges between Rs. 10 - Rs. 12.

The journey starts at Subzi Market or VD Circle.

Explore more about Transport in Bhuj