Prag Mahal is one of the architectural wonders in India that is a paradox in itself. Located as it is on the outskirts of the traditional and fiercely ethnic town of Bhuj, Prag Mahal looks as if it has stepped down from the pages of an Italian architectural handbook. At the first glance there is nothing Indian about Prag Mahal and this can be explained by the fact that Colonel Saint Wilkins built in the Gothic style. 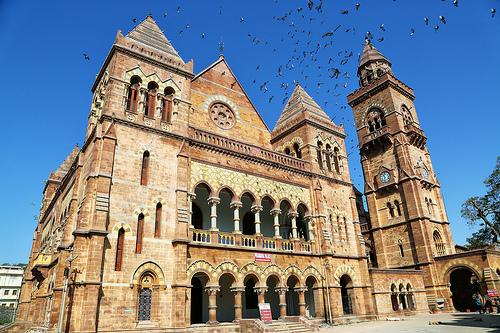 However if you look closely you will find Indian elements hidden in the walls and arches of the Prag Mahal. Here is the compiled information about of the most fascinating examples of Indo-Gothic art; the Prag Mahal.

Prag Mahal stands right next to Aina Mahal. The commissioning of the palace was done by Rao Pragmalji II while the designing was done by the Italian designer Colonel Henry Saint Wilkins. It took exactly 12 years for the construction of the magnificent palace. It was 1865 when Pragmalji ii ordered the commissioning of Prag Mahal in full Gothic style but he did not live to see the finished results. The palace was finished in the year 1879 in the reign of Khengarji (III) who was the son of Rao Pragmalji II. Unfortunately Pragmalji II died in year 1875. 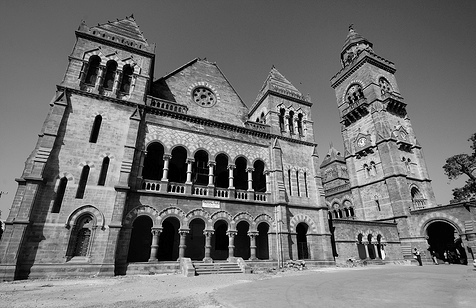 The construction of the palace cost a whooping 3.1 million rupees which was an astronomical sum in those days. The famous Prag Mahal of Bhuj has witnessed twin tragedies of time. The first tragedy happened in 2001 when the state of Gujarat was hit by an earthquake which destroyed the structural integrity of the Prag Palace. Restoration work took place later but in 2006 another tragedy struck. Thieves plundered the palace stealing valuable antiques and priceless statues. The proactive Gujarat government has since then renovated and secured the premises declaring it as a heritage site. 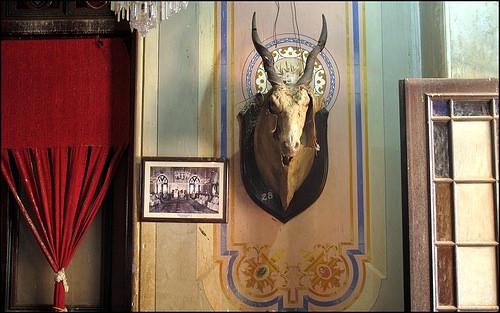 Interestingly restoration work was begun after Amitabh Bachchan took a personal interest in it. Prag Mahal has been glimpsed in several Bollywood blockbusters such as “Hum Dil De Chuke Sanam” and “Lagaan”.

Structure and Features of Prag Mahal

As earlier mentioned Prag Mahal was envisioned as a fine specimen of Italian architecture. The materials used were Italian marble and sandstone sourced from Rajasthan. Many other Italian artisans worked during the construction of Prag Mahal along with Mr. James Wilkinson. 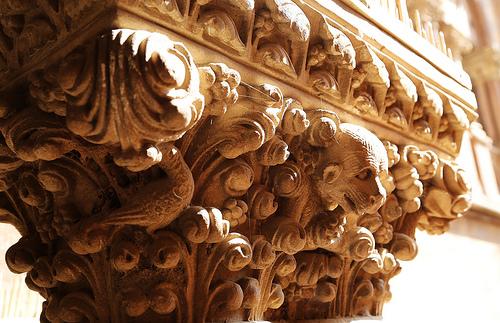 There is a main hall in Prag Mahal which is filled with huge lists of Taxidermy. There is a Durbar hall filled with gorgeous overhanging chandeliers and Italian styled statues. The halls and the designing of the entire palace show an interesting mix of Indian and European Gothic styles. Even the Jali work (which is typically an Indian style) represents Flora and Fauna which is European in origin. There are huge Corinthian pillars which are again reminiscent of Italian Gothic art. 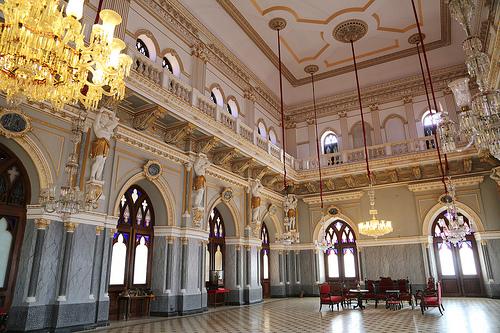 There is a tiny Hindu shrine made of carved sandstone that is present in the aangan (courtyard) behind the palace. Another place of interest is the gigantic clock tower which has a total height of 45 feet. This tower offers a comprehensive view of the entire city of Bhuj.