Bhuj is a town which is full of interesting monuments and gorgeous palaces. The royalty of Bhuj used to live in larger than life mansions which are now mostly converted into heritage sites and museums. These monuments draw tourists and photographers from all across India and abroad in hordes because of their exotic appeal. 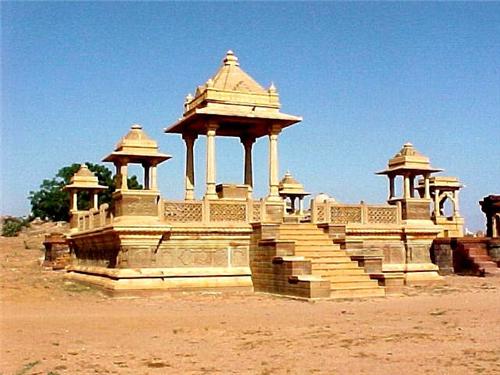 Most monuments in Bhuj have a fusion of Indian, Mughal, European and Italian styles and this has gained them a prominent place in world’s best known monument list. Unfortunately the Gujarat 2001 earthquake did a lot of damage to these monuments and most of them are undergoing restorative work.

The Aina Mahal is also known as the Palace of mirrors. It’s built in a remarkable mix of Indian and European style. The Aina Mahal is recognized by the United Nation’s International List of Important monuments because of the unique architectural characteristics it possesses. It’s interesting to note that Ramsinhji who was the creator of this palace completed his training in architecture and design from Europe which explains the presence of European style birds and flowers in the Indian Jali work of Aina Mahal. 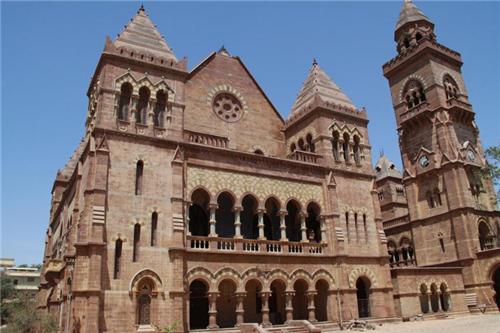 The Aina Mahal complex is 2500 feet in length and 2000 feet in width making it one of the largest palace complexes in Kutch. There are carved doors which are made in the British architectural style and window boxes along with hanging balconies which are typical of Rajasthani architecture. The Aina Mahal has been formally declared as a heritage and conservation site.

The Prag Mahal was built by Henry Wilkins who was trained in the Gothic style of Architecture that is actually an offset of the Italian style of building. At the first glance Prag Mahal will strike you as an entirely foreign structure but on closer inspection minute Indian elements can be detected. 3.1 million rupees was spent in the construction and designing of the Prag Mahal which makes it one of the costliest places in Bhuj. 14 years were spent in the construction of the palace and thousands of workers were given training in the Italian style of architecture specifically for building this palace. The United Nations has defined the Prag Mahal as one of the best foreign examples of Italian architecture outside Europe. Currently the Prag Mahal is classified as a monument and heritage site by Gujarat Government.

There are almost 25 royal Chhatarjis in Bhuj spread out over the salty desert. The only prominent one in the city is of Maharao Lakhpatji. The Chhatarjis built in the memory of Lakhpatji, Raydbandhji and Desarji have been declared as heritage sites by the Gujarat government. Most of the Chhatarjis are built either of red Sandstone or Marble or sometimes of the mixture of these two elements. 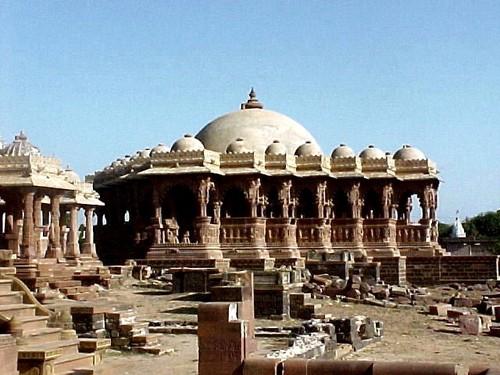 The Chhatarjis are filled with carvings in stone depicting the lives of the royals and imagery reminiscent of Rajputana and Mughal styles. These monuments are rich reminders of the grand image of the Maharao clan.

Sharad Baug Palace is one of the most intimate monuments you are ever going to see. The Royal relics scattered all throughout the palace like the MahaRao’s personal chair or the collections of weapons he owned all bring an odd sense of familiarity as if the palace is still in use. Though the Sharad Baug Palace is of modest proportions, there are sprawling grounds all around it interspersed with fountains all designed in the Catholic style of landscaping. The palace is rarely discussed in Heritage magazines but it is still one of the most important monuments of Bhuj today.

Darbargadh of Bhuj is actually a royal enclosure where the Maharaja of Nawanagar sat and held his meetings and consultations. There are clusters of apartments, courtyards, palaces and a large library in Darbargadh. The specialty of Darbargadh is that the outer design and structure is European while the inner designs of the courtyards and the layout are fiercely Kutchi. 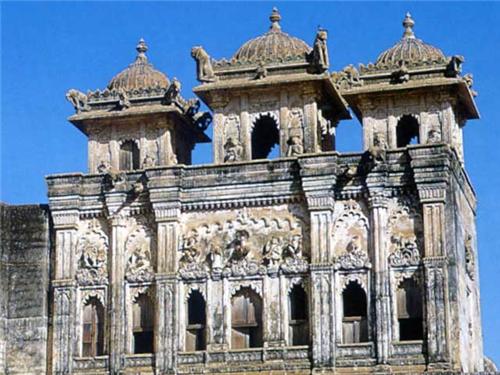 The 2001 earthquake destroyed the old palace, apartments and national library of Darbargadh and since then INTACH (an international organization for conservation of old buildings) is occupied in resurrecting them. The Corinthian pillars and the arches of Darbargadh have made it one of the most picturesque monuments of Bhuj.

The Bhujiya Fort is famous because of its strategic importance and its solid strength. The fort has been guarding Bhuj and the Rann of Kutch since 1700 A.D. The Bhujiya Fort stands atop the Bhujiya Hill and is currently used as an encampment area of the Indian Army. The fort took more than 50 years to be built and has protected the Jadeja warriors from many invasions. It’s interesting to note the columnar structure of the pillars and double layered walls of the Bhujiya Fort as they reflect some influence of the ancient Greek castle architecture.

Another architectural marvel of Bhuj; the Ranjit Vilas palace stands at the bend of river Macchu near Bhuj. There is the infusion of 3 architectural styles in this Palace and this has provoked the United Nations to name it as a building of rare importance exhibiting “Indian, Mughal and Franco Italian style fusion”. The Gujarat government with the help of aid from the United Nations is currently trying its best to convert this monument into a heritage resort.