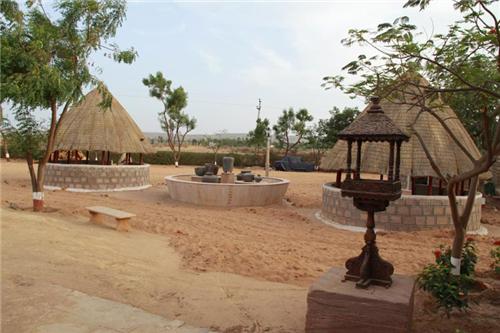 The other cities in the near proximity of Bhuj are Gandhidham, Mandvi, and Adipur City. Bhuj is consisting of 232 villages and has 93 panchayats within it.  The various tourist destinations around Bhuj are Dholavira, Mandvi, Jamnagar and others.

Located within the Bhuj Taluka of Kutch District, Bhujodi is a small village included within Bhujodi Panchayat. From Bhuj Town, Bhujodi is about 8 KM in the northeast direction. The Pincode of Bhujodi is 370 020 and the nearest head post office is Madhapar. Bhujodi is known for its handicraft and handloom creations. The place is mostly inhabited by weavers, block printers and tie-dye artists. Most of the people here are from Vankar Community. 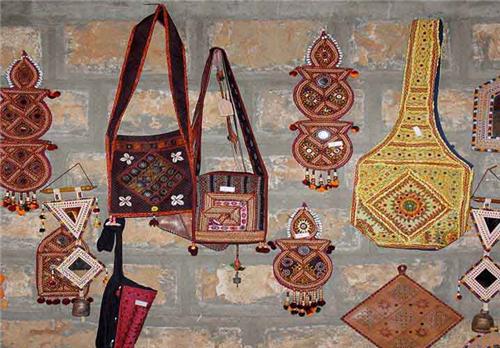 Another important place in Bhujodi is Ashapura Crafts Park. This park has been set up by Shrujan, a non-profit division of a corporate house so that artists get a proper place to display their work and sell them.

It is a famous residential area of Bhuj. There are renowned schools and hospitals located in this area. Many banks have their branches and ATMs opened in this area too. The nearby areas of Anjani Nagar are RTO Relocation Site, Lal Tekri, Vijay Nagar, and Gujarat Housing Board. The Bhuj Railway Station is near to Anjani Nagar. Another railway station, Kukma is also within 3 KM of Anjani Nagar.

You will probably get to feel the actual culture and heritage of Bhuj when you reach Old Dhatia Falia in Bhuj. This place houses two most important tourist destinations of Bhuj- Aaina Mahal and Prag Mahal Palace. The famous restaurant, Sankalp Restaurant is also located at this place. 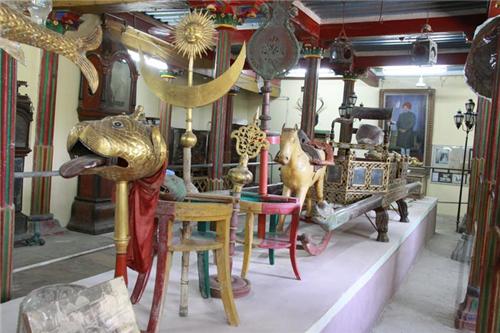 Old Dhatia Falia is famous for its varieties of shops especially the vegetable and fruit market. The Old Vegetable Market of Bhuj, a place that was built by the British in 1883, is also located here.

Vijay Nagar is considered as the hub of famous hospitals of Bhuj. It houses hospitals like Jiya Hospital, Jeevandeep Hospital and G K Hospital. The famous hospital road of Bhuj is also the part of this locality.  The place is near Ghanashyam Nagar, Indira Nagar, Banker S Colony and Lal Tekri.

Located in the Bhuj Taluka of Kutch District, Kukma is a small hamlet about 10-11 KM away from Bhuj. Kukma also houses a railway station called Kukma Railway Station which is part of Bhuj-Gandidham broad gauze railway line. New Bhuj Sayaji Express and Kutch Express run through this station. Kukma is also famous for Kuldevi Temples of Gurjars and Kshatriya, the communities residing here. The Momai Mata Temple of Pramar Family and Brahmani Mata Temple of Chauhan Family are also located in Kukma. 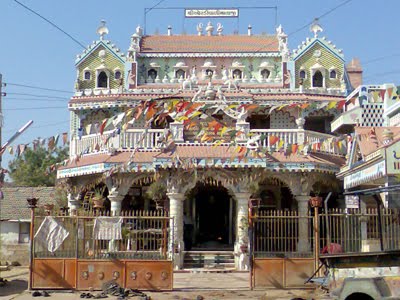 Garibdashji Bhojanalaya (eating house) and Nivruti Ashram are situated in Kukma.  Kukma also has the Mahadev Temple and Thakore Temple that are visited by huge numbers of devotees every day. The outskirt of Kukma village has a huge pond that was constructed by Mistri Community, the founder of Kukma Vllage. A biscuit factory owned by Parle Group is located near Kukma.

Located in Bhuj Taluka in Kutch District, Dahisara is a village within Dahisara Panchayat. It is located about 1 Km away from Bhuj Town. The Pin Code of Dahisara is 370485 and it is the postal head office too. The village is populated with people of all communities including the Kutchis and the non-Kutchis. The Bhuj-Mandvi Highway passes through Dahisara. Dahisara also has road junctions leading to Rampur, Sarli and Kera.  There are many interesting places you can see at Dahisara.

One of the most important one is the Hari Sarovar. It is believed that Lord Swaminarayan took bath in this lake or sarovar. There is a temple dedicated to Lord Swaminarayan in Dahisara which gets thousands of devotees during festivals. Another attraction here is the Clock Tower that was built more than 5 decades ago. Other religious shrines of Dahisara are Hanuman Mandir and Shiva Mandir.