Bhuj despite its many attractions still bears a reputation for being an uncomfortable place in terms of its weather. The summers are hot and raging and the air is arid and salty owing to the presence of the Rann of Kutch which is the largest salt desert of India. The Hamirsar Lake comes across as an oasis of greenery and cool water in the Rann. 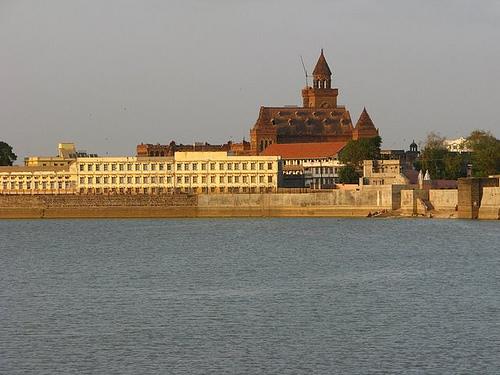 Here are some facts about the famous Hamirsar Lake which is counted as one of the tourist attractions of Bhuj.

The ruler of the Jadeja clan Rao Hamir (1472- 1524) was also the founder of the historical town of Bhuj. He was also the person on whose name the famous Hamirsar Lake was named after his descendant Rao Khengarji II (who also began the Jadeja rule in Kutch) got the lake built. Incidentally the Jadeja community was believed to be the descendants of Lord Krishna.

Hamirsar Lake was envisioned as an oasis of peace and tranquility in the hot saline desert of the Rann of Kutch. Khengarji II commissioned several canals and tunnels so that water from 3 river tributaries could be gathered together to pump water into the lake. The town of Bhuj was also supplied water from these water systems. Subsequently the town of Bhuj was also named as the capital of the kingdom of Khengarji II. 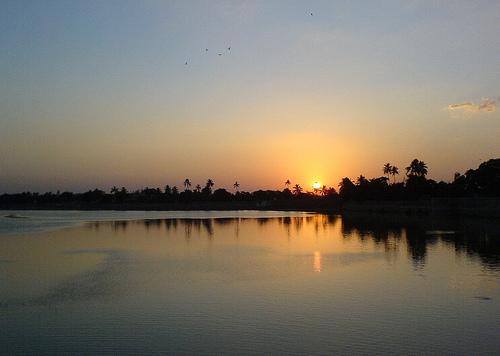 Rao Pragmalji II was responsible for constructing the embankment of the Hamirsar Lake. When the 2001 earthquake happened, Hamirsar Lake had lost many of its catchments used to pump water into the acquilifiers of Bhuj. Subsequently social workers mobilized the citizens of Bhuj to join hands in an awareness campaigns. The press also joined hands to instigate the government to repair the Hamirsar Lake. Repair work happened in 2003 and the upcoming monsoons filled up the lake to its brim. It seemed that God’s also blessed the Hamirsar Lake as maximum rainfall (22 inches) was seen in 2003.

Kutch was once a princely state and the royalty used to believe in their own set of traditions and worship ritual. The Lake Hamirsar was also the center of such a ritual. Whenever it overflowed after a particularly plentiful bout of plentiful rain, the town of Bhuj got an abundant supply of water. To celebrate the happy occasions the kings of Bhuj used to distribute huge quantities of Ladoo Prasad called Megh Ladoo. 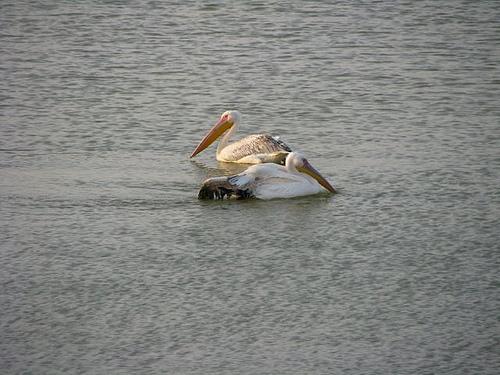 This occasion was also called “Augan” of Hamirsar. Though Bhuj is now under democratic rule and the days of Maharajas are no more, the ritual of the Hamisar Lake Pooja and the distribution of Megh Ladoo still persist. Such Poojas however did not happen very often. The records indicate that the lake of Hamisar has overflowed only 18 times since independence.

The structure of this lake resembles the Kankaria Lake in Ahmedabad. There is an artificially constructed beautiful garden right at the center of the lake. The Hamisar Lake is spread over 28 acres. The name of the name of the garden was earlier known as Green Island but was later renamed as Rajendra Park. 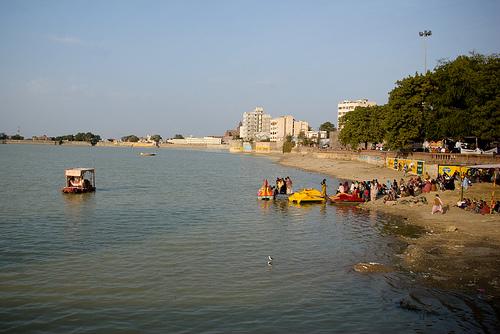 Tourists are often seen boating in the Hamirsar Lake and going up to the Rajendra Park garden in the center of the lake. It’s also recommended to enjoy a long leisurely walk along the banks of Hamisar Lake as various tourist attractions like Aina Mahal, Museum of Kachchh and Prag Mahal are visible along its edge. The outlines of some of the beautiful temples of Bhuj cam also are seen against the eastern bank backdrop of the Hamirsar Lake.

The end months of a year are the best time to plan to a trip to the Hamirsar lake in Bhuj. The months from October to November would  be the most suitable months to pay a visit to this amazing lake.

How to Reach Hamirsar Lake