Food is one of the most important things in the life of man and the effort and variations in the culinary endeavors of man is one major difference between humans and rest of the members of the animal kingdom. In India, food sees a lot of variation between states and sometimes between regions in the same state. Gujarat has always been known for taking its affair with food seriously and this is partly the reason why tourists flock to this state. 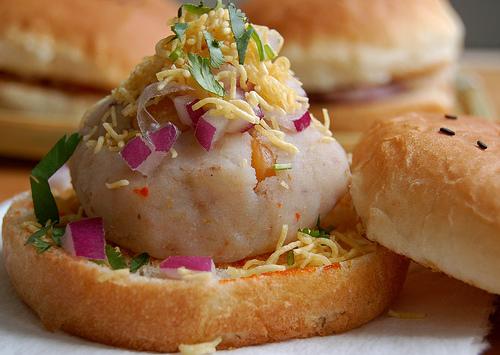 The city of Bhuj is no exception! Local Gujratis in Bhuj prefer having vegetarian food as overall Gujrat tends to have an inclination for Vegan food. However due to popular demand, non vegetarian restaurants have also been established in Bhuj.

There are umpteen restaurants in Bhuj where you can savor the local Gujrati delicacies. The infiltration of tourists in Bhuj is lower and this has preserved the authenticity of culture in this city. Some of the traditional food items found in Bhuj are as under:

This is a typical Sunday breakfast item in many Gujrati homes. The Chana dal will be thick, creamy with a spicy twist and the Pakwan will be crispy and crunchy. Pakwan is basically made up of Papdi dough which is rolled out in large chapatti like structure and then fried until crisp.

This is a spicy potato mixture which is made by onion, sweet sauce, masala peanut and pomegranate seed infusion in the potato patty. This patty is inserted between two slices of bread and the bread is grilled on a tawa with generous dollops of butter. The result is the ubiquitous yet delicious Dabeli which is found in every street corner of Bhuj. 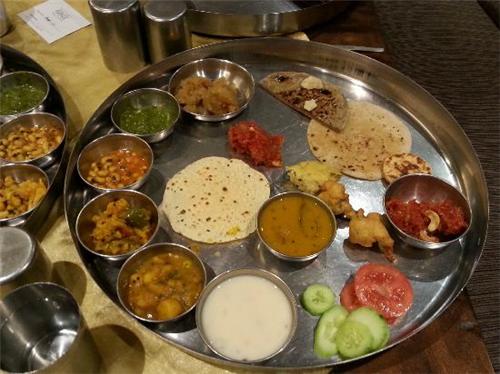 This is a combination dish which contains all the specialties of local cuisine compressed into a single plate of food. There are at least 2-3 types of Gujrati sabjis in the thaali with Meethi dal (Bhuj special), chaas, dahi wada, sweets and papad. The Gujrati Thali is found in umpteen restaurants in Bhuj and is usually very reasonably priced.

A type of cuisine called the Kutchi cuisine is the speciality of Bhuj. As you must have guessed, garlic plays a central role in Kutchi food. Viram garden restaurant is the best place to go for a taste of this cuisine.

Other local specialties are khaman dhokla, khakhra, lehsun ki chutney and thepla in Bhuj. These snacks are available in sweet shops, grocery stores as well as restaurants all over the city.

There are a lot of restaurants in Bhuj but approximately 80% of them serve vegetarian fare. If you are a vegetarian this is a paradise for you. However if you are a die-hard non-vegetarian then a visit of Bhuj is surely going to increase your fondness for vegetarian dishes. Anapoorna seems to be the most popular name for a restaurant in Bhuj as there are over 30 eateries in the city with this name. However the Anapoorna on the bus stand road serves the best cuisine. Sham-e Sarhad, Hotel Neelam, Kavio (a Jain restaurant), Colours, Meeting Point, Yellow Chilli, Hotel KBN, Sajhanand and Saffron are some of the famous restaurants in Bhuj. 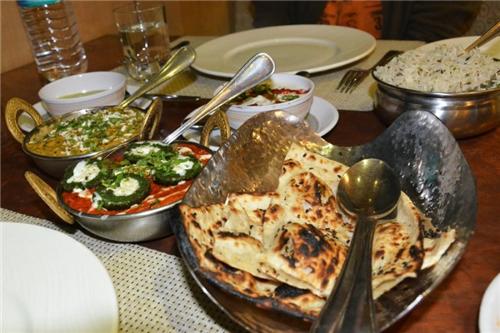 You can try out traditional Gujrati cuisine, South Indian, North Indian, Chinese and Continental cuisines in Bhuj.  It’s specially recommended to try out south Indian cuisine here as there are a number of excellent restaurants serving tasty dosas and uttapams. However as mentioned you will get very less options in non vegetarian food. Noorani Mahal is the best restaurant to target if you really do want to sample some non vegetarian food.

The point to remember here is that it’s best not to expect exotic international cuisine like Japanese or Italian in Bhuj as the town still has a charming rustic air to it which is best expressed through traditional dishes.

If you are a fan of street food then you will love Bhuj. Right from puchka/pani-puri to dhokla to pakora to boiled eggs you will get an amazing range of delicacies in the narrow by-lanes and twisted roads of Bhuj. The pakoras deserve a special mention as they are available in a wide range right from dhaniya pakora, pudina pakora, dal pakoras tomato pakora, aloo pakora to the more uncommon lahsuni pakora and okra pakora. 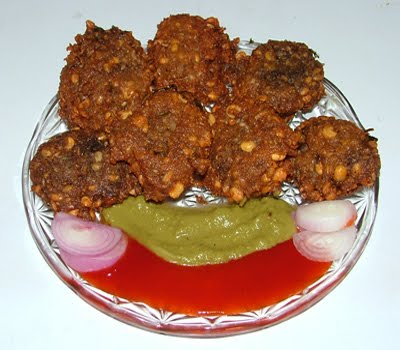 Try out the joint called Kandoi Vejli Kara for their street food dishes. The pakwan here has to be sampled to be believed. Chola bhatura, alu tikki and chaat in Bhuj should also be on the street food list in Bhuj.

There are lots of Dhabas in Bhuj where you can sit relaxed on a charpai and munch on local Gujrati cuisine while sipping on a tall glass of chaach. The set up is not all that great but the food is rich and flavorsome. You will see some urchins scurrying around with plates of food but unlikely the slightly dubious interiors of a north Indian dhaba. The Gujrati counterpart is cleaner and neater. Most dhabas are on the highway but you will find a famous one called “Jantaghar” inside the city in the bus stand road.

The Ahmedabad Bhuj highway has a lot of Kutchi thali places that you could stop over at to refuel yourself. A typical dhaba meal will comprise of lots of farsan (snacks), yoghurt based Kadhi, khichdi, bajra roti/wheat roti and Gujrati sweets. Special mention must be made on the sev-tamatar curry and the lasaniya bataka (another Kutchi cuisine specialty). Kessar and Sher-e Punjab are two other dhabas you could check out for sampling dhaba culture in and around Bhuj.

There are a lot of places in Bhuj where you can go to if you want to sample some fast food like pizzas and burgers. Uncle Sam’s joint in Bhuj serves all types of Gujrati (read vegetarian Pizza) which is surprisingly good. Mostly all pizza joints in Bhuj except Dominos will supply vegetarian Pizza. However the garlic bread, burgers and salads at these joints is surprisingly good even without the inclusion of eggs and chicken. US Pizza and Omelet center are two other places where you can get fast food. A large variety of omelets right from masala omelets to cheese omelets can be found in Omelet Center. 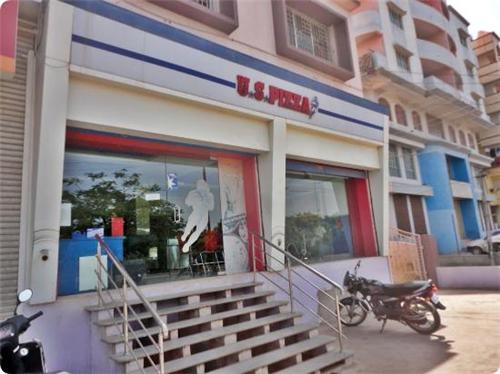 No meal is complete without dessert especially in the home of any self respecting Gujrati who is bound to have a sweet tooth. The poorer local townsman chews jaggery after meals to satisfy his taste buds while his more affluent counterpart has sweets like mesuk, adadia, kaju katri, anjir pak, laddoo, milk cake and jalebi/imarti. The number of sweet shops in Bhuj has to be seen to be believed. About 52 big set ups are there along with uncounted number of smaller set ups. 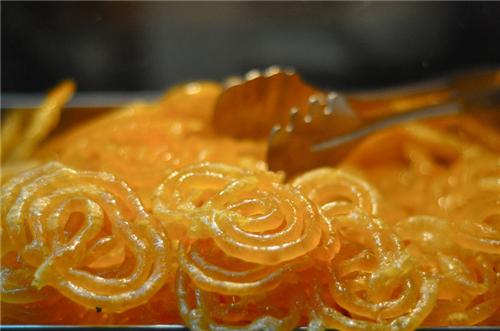 There are a number of ice cream parlours selling Kwality, Amul and Mother Diary ice creams but the Raj Ice cream center at hospital road beats the lot. This ice cream center has home-made ice cream with a distinct flavor. If you arriving in Bhuj during the summer, don’t forget to sample the mango ice cream at Raj ice cream center.