Bhuj is famously known as the handicraft center of India and it is on the to-go list of a lot of tourists. Unlike the historic walled town of Bhuj that was guarded away from the rest of the world, the modern Bhuj has access to improved roadways and train services. There are a lot of things to do and places to visit once you arrive in Bhuj. 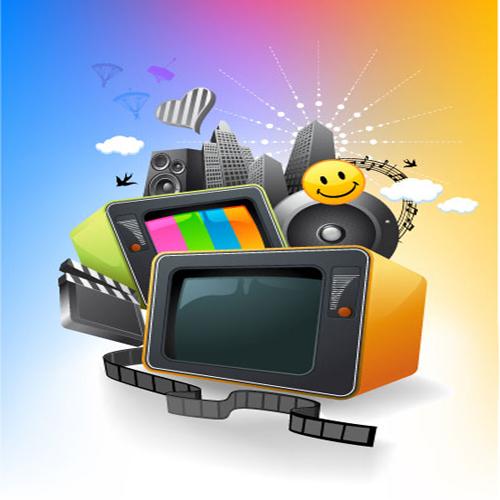 Shopping is definitely going to be a priority but you will get amazingly delicious food to eat and equally exotic places to visit. Bhuj has modernized itself to the extent that there are now a lot of movie halls, auditoriums and halls where cinematic and cultural entertainment can be sought for.

If you are somebody who considers shopping to be one of the priorities when you are out on a holiday experience then consider Bhuj to be a shoppers’ paradise. Not only are there an abundance of markets here but the prices are on the affordable side. It’s a commonly known fact that Bhuj falls amongst one of the major textile centers of India and this is why prices of cotton textile items are at least 20-30% lesser here. The town’s major economic backbone rests on sale of silver jewellery, white metal jewellery, tribal handloom items, and traditional printed and embroidered apparel and mirror work items. 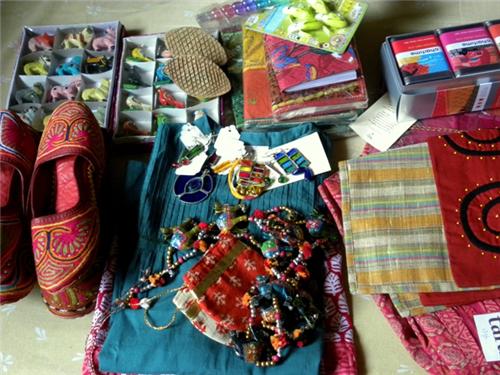 There are government run handicraft centers where you will get decorative items for your home, quilts, bedcovers, cushion cover and a wide array of pottery. These items are exported from Bhuj to various corners of the world. It’s not unusual to run into Gujarati Rabri artwork in a five star hotel in Paris or London.
The best places to shop for stuff like this is however the neighboring artisan villages of Bhuj. There are about 6-7 such villages around Bhuj and you can visit each village by turns as all of them have individually unique and beautiful products to sell. 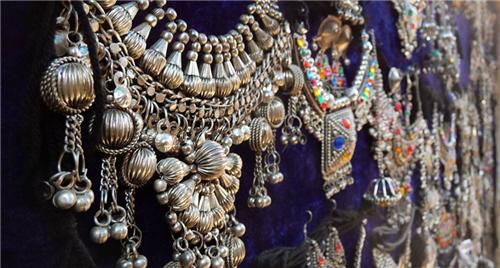 The villages of Bhuj have inspired generations of fashion designers who then copy the styles and present them on the ramp with astronomical price tags. One such major example is the Ajrakh print which is currently the flavor of the season. Another major example is the fabulous mirror work ghaghras shown in Bollywood blockbuster Ram Leela that was also inspired by Kutchi mirror embroidery.

Here is what and where to buy from:

Other things you could consider buying from the magical town of Bhuj would be organic beauty care items like multani mitti packs, bitter tea tonics, purified rose water, naturally sweetened bakery items etc from Ananddham. Food in Bhuj is fabulous and they have an amazing range of Farsan (snacks) that are dry and packaged in air tight containers. You can buy khakhra, thepla, fafra and pickles of a wide variety.

Restaurants and Bars in Bhuj

The people of Bhuj take their love for food very seriously as is evident from the number of items that are present in the quintessential Gujarati thali. This thali is an affordable, filling and utterly delicious meal that is sold by almost 90% of the restaurants operating in Bhuj. Apart from traditional Gujarati and Kutchi cuisine, you will find South Indian, North Indian, Chinese and Continental food in Bhuj. If you really want to savor authentic specialties of the town of Bhuj then you can try out Lahsooni Alloo and Bhindi, Tamatar-sev, Bajra roti and Khichdi. 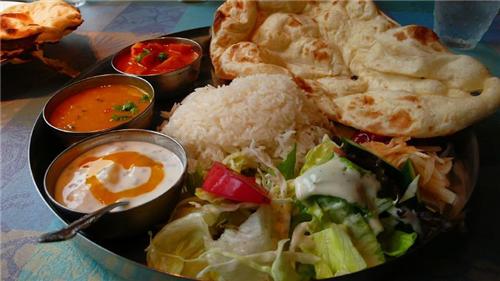 Here are a few restaurants in Bhuj (keep in mind that 80% of them are vegetarian) and what to expect from them.
You have to remember that alcohol is banned in the whole of Gujarat so your beverage choices have to be modified accordingly. K Lounge is the only lounge bar in the town of Bhuj though some dhabas on the Bhuj-Madhapur highway do stock alcohol. It is suggested that you quench your thirst with the delicious yoghurt based chaach. Don’t forget to check out Raj ice cream center on station road for home made organic ice cream.

Bhuj as a whole is a very culturally strong town as there is huge influence of handicrafts, pottery and bronze work artisans who stay in neighboring villages. Earlier the people of Bhuj used to rely on Kutch handicrafts, quaint historic places and an occasional trip to the neighborhood run down cinema hall (which used to play only Gujarati movies) for entertainment. However, now there lots of movie halls in Bhuj like Modern Cinema and Ravi Cinema which show regional as well as Bollywood and Hollywood movies. 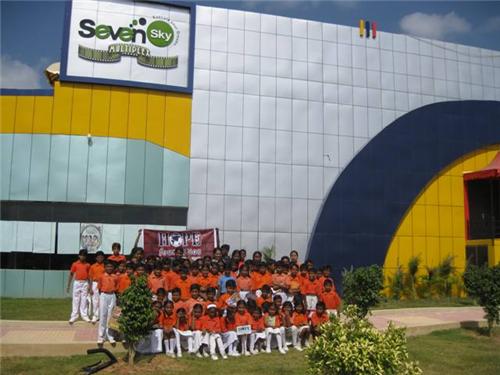 The most famous multiplex in Bhuj is the Seven Sky Multiplex which is actually operated by the owners of Seven Sky Hotel in Bhuj. There are 4 movie screens which show movies for the entertainment of townspeople in Bhuj. It is located on the airport road.

Although the modern clubbing culture i.e. Drinks and card parties are not prevalent in Bhuj, you will get to see some meaningful clubs here. People in Bhuj have a strong sense of community bonding and they relate to issues on a very basic level which makes most of the clubs in Bhuj cause or hobby oriented. There are clubs which are dedicated towards sports activities while some others focus on social causes while still others focus on a certain hobby.  Important festivals like Ram Navami, Nav Ratri and other occasions are also celebrated in these clubs. Few prominent examples of clubs along with locations in Bhuj are mentioned below:

If you are in Bhuj as a tourist then your days will fly by as you take in the fierce beauty of the place. Ancient religious ruins, architectural splendor and the colorful costumes of the locals are enough to keep your imagination buzzing. The first place you should aim for a visit to is the Rann of Kutch which is a white unrelenting expanse of desert that is magically transformed on moonlit nights. You have to first obtain permission from Gujarat police DSP office for visiting Rann of Kutch. 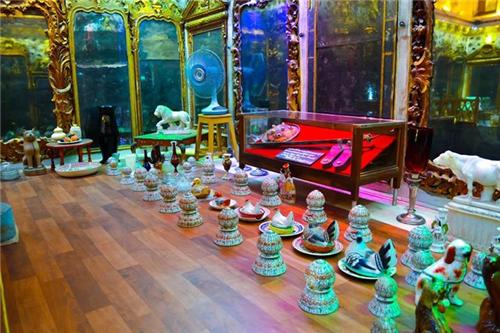 Other places you should aim to include in your trip to Bhuj are as follows:

Popularly known as palace of mirrors, it’s an important architectural relic of the 18th century.

Sarad Bagh Palace, Bharatiya sanskriti Darshan Museum and Swaminarayan temple are some of the other tourist attractions of Bhuj. The walls of Bhuj are visible from various points in the city.

You can plan excursions to the following places all of which are within a range of 20 km from the town of Bhuj.