The city of Bhuj was walled in and guarded fiercely for centuries as it was the capital city of Gujarat. The royal clan of Bhuj i.e. the Maharao’s and the Jadeja’s found it a necessity to construct a royal enclosure in which the palaces and regal abodes of kings would be situated. In 1548 efforts were begun towards the construction of Darbar Gadh or palace complex. The Darbar Gadhwas modified and structures were added to it across the centuries. 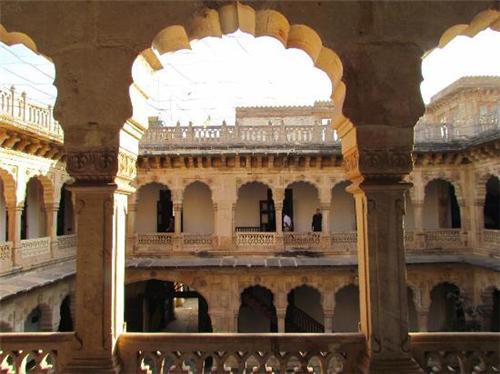 Every ruler left an indelible architectural stamp in the premises of Darbar Gadh. Most of the well known structural additions to the Darbar Gadh happened in the 18th and 19th century. A notable example is the Prag Mahal which was built entirely of marble and red sandstone and was completed in the late 18th century. In the 19th century some of the older parts of the palace complex of Darbar Gadh were vacated and the complex became abandoned in parts. Following Independence Darbar Gadh was recognized as one of the richest and historical monuments of India and it was converted into a museum. 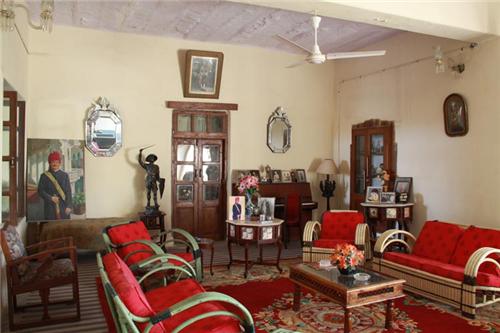 In 2001 a huge earthquake occurred in Gujarat and shook the very pillars of Darbar Gadh. The building of Darbar Gadh collapsed and the floor started sinking in. There are beautiful window screens and intricate work in the columns of Darbar Gandh. Lot of damage was wrecked on the Darbar Gadh complex and sensing that the immense damage to the heritage of India, INTACH immediately sprung to action.

IMTACH or Indian national trust for Art, culture & Heritage saw that the palace complex of Darbar Gadh was in immediate need of restoration. Government and private enterprises chipped in to begin a pilot restoration project of immense dimensions. As a result of this restoration and conservation project, the palace building and its premises were restored partially. INTACH is still in the process of expanding and continuing its work of stabilizing Darbar Gadh.

Restoration work is taking place as the royal library has now collapsed since 2001 earthquake. Hundreds of precious books which are 200 or more years old are present in the library. These treasures are hidden under the debris which is now being cleared slowly by INTACH. 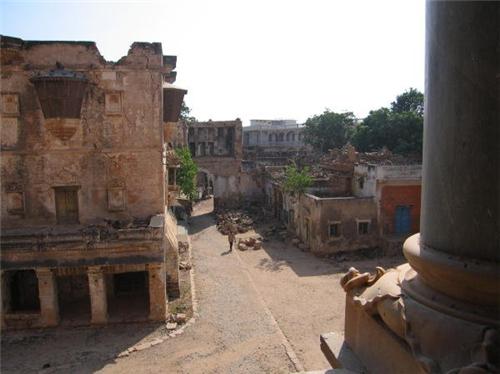 Pragmalji commissioned the building of Prag Mahal which is an important part of Darbar Gadh. This palace is made in Italian architectural style and has Cornithian Pillars, Jali work and taxidermy scripts. Click here to know more.

How to Reach Darbar Gadh

Darbar Gadh is a major important monument in Bhuj and so has a chow named after it; Darbar Gadh Chowk. It will take you maximum 20 minutes to walk to Darbar Gadh Chowk from Bhuj Station Road. The Darbar Gadh Palace complex is also near the Hamirsar Lake which is an important tourist destination of Bhuj.