Bhuj has fascinating culture and rich heritage that mesmerizes everyone who gets an opportunity to experience it. People in Bhuj are fond of wearing colorful apparels that depict their traditional practices. With time, touch of modernism has been incorporated in these traditional dresses but at the same time people of Bhuj try to maintain their traditional cultural and practices and the dresses they wear is one of the best way to do so. 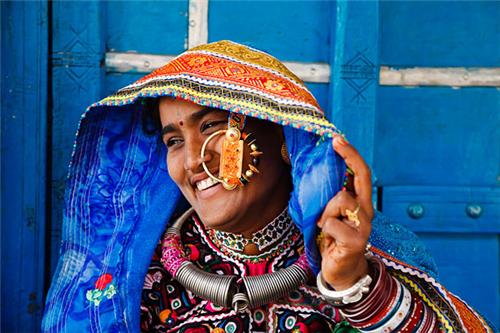 Know about various aspects of culture of Bhuj including its people, arts & crafts, dances and festivals.  Bhuj is famous for its various festivals especially the Rann festival which is famous world-wide.

Bhuj boasts itself with different types of communities that include Rabari, Mutwa, Sodha, Muslims, Jats and others. People here are warm and very friendly. Bhuj is very famous for the hospitality of locals and also for the diversity of handicrafts and handlooms. Even now, you will get to see nomadic and semi-nomadic people in Bhuj moving in groups from one place to another. People of Rabari especially the Rabari women have got extensive tattooing done on their arms, legs and necks. The tattoos are done in black color and the patterns used are images of plants, animals and geometrical shapes. Most of the tattoos are not single images but these tattoos have repetition in alternate rows.

Bhuj handicrafts and handlooms carry traditional looks and values. Since decades, handlooms done in different areas of Bhuj have earned national and international fame. Villages in and around Bhuj have expert artists with innovative ideas who are constantly giving shape to their stunning artistic ideas into handlooms and handicrafts. Many of these handloom works have hand-embroidered work. Local weavers are specialized in doing mirror works and they use different types of motifs in their embroidery work. The threads used for embroidery are colorful and use of accessories like mirror and beads make each of their creation a masterpiece and undoubtedly very captivating for anyone. 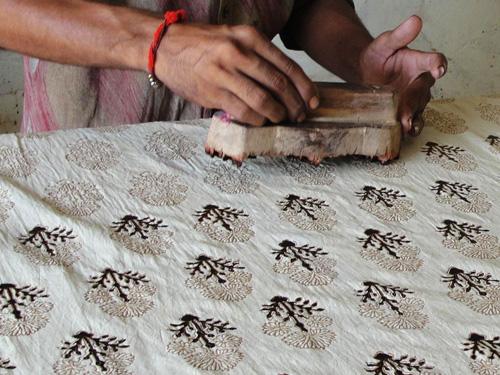 Bhuj is famous for its block printing work called Bandhni (a kind of tie dye). Not only tourists are interested in buying these handloom works but they show their eagerness to learn this unique art while they stay here.
Bhuj is famous for its traditional woodcraft. Lacquer work, cast silver handicraft and terracotta pottery of Bhuj are also very famous and depict versatility of Arts and Crafts of Bhuj. Locals decorate their houses with mirrors, clay slip, mud and camel or cow dung.

Rich cultural heritage of  Bhuj  is also visible through its various festivals that are not only the gathering of locals but tourists from all corners of India as well as from different parts of the world gather here to enjoy and witness the tradition of Bhuj through these festivals and events. The most important festival of Bhuj is the ‘Desert Festival’ or Rann Festival. 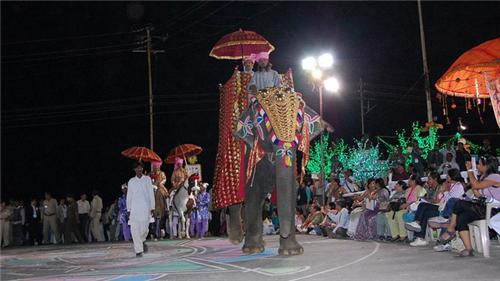 The Desert Festival coincides with the Shivratri festival which is celebrated from 29th February-5th March. Participants get to hear ballads with the traditional songs of desert during Shivratri. During Rann Utsav, stalls are setup with traditional handlooms and handicraft items. The entire desert area gets covered with tents where guests could enjoy some days of wonderful and unique staying. 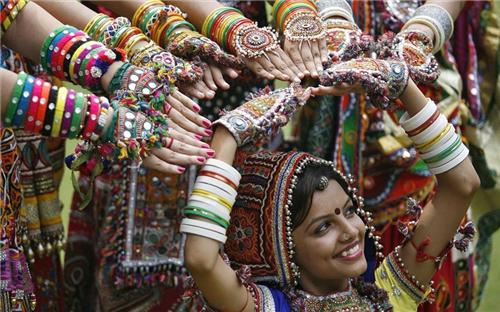 Another festival that is celebrated here is the ‘Bhagoria’ festival. It is celebrated in spring. This festival has got its name Bhagoria from the word ‘bhag’ or run. During the festival, elopement of partners was allowed.

Every year during the Bhadra month (September), Ravechi fair is organized. During this fair people of diverse culture get an opportunity to come together and amalgamation of different types of communities take place. Communities like Rabari, Ahir and Charan take part in this fair every actively. New couples dress up in traditional wedding costumes and offer prayers to the Goddess.  Activities like traditional ‘Garba Dance’; bhajans etc. are performed by the devotees on this occasion. Other festivals that are celebrated with great pomp in Bhuj are the Navratri Festival during September-October, Makar Sankranti Festival in January Month and the birth of Lord Krishna, Janmasthami in the month of August.

The traditional dance of Bhuj, Garba, is performed during almost all social and religious functions of Bhuj. Traditionally this dance is performed with a lamp or image of Devi Shakti in the middle. During the festival of Navratri, Garba is performed with an image of Devi Durga or Maa Amba in the middle. Modern forms of Garba have influences of Dandiya Dance, a dance form of Gujarat generally performed by the men. The songs of Garba have main subjects as 0 Goddesses or Lord Krishna. Dancers wear Chanya Choli of bright colors e.g. pink, orange, yellow or red. They put on odhini or head-cover with bandhini style decorated with mirrors or abla. The dancers also put on lots of jewelry items like earrings, necklaces, bangles, and waist belts. 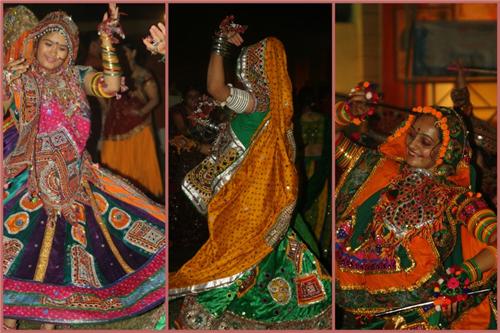 Culture of Bhuj is the best way to know and feel the people and tradition of this wonderful place in Gujarat.

Auditoriums and Halls in Bhuj

Art and culture is the backbone of Bhuj so it’s very obvious that there are frequent instances of dance, folk music and theatrical presentations by various artists in town. These cultural programs happen throughout the city though obviously the greatest attraction is the Rann festival which allows the creation of a whole tent city around Bhuj.

The Chanakya auditorium and the Sahyog Auditorium are two main halls in Bhuj which have a well equipped cultural presentation facility. Sometimes art exhibitions and shows are also held here. Hundreds of dance and music lovers frequent these auditoriums whenever there is a program. Apart from this the luxury resorts and colleges in Bhuj have their own auditorium where private programs are held. The Bhuj Haat is also a popular entertainment destination for the local people.