Black Hills lie at an elevation of 462 m above sea level and as such is known as the highest point of area near Bhuj. Tourists are often spell bound when they reach the top of Kalo Dungar as from there it feels like the sky and sand have mixed together to form a blurry haze. The sensation is akin to that of standing on the edge of the world and the experience humbles the mind while giving a glimpse of the vast eternity of nature. 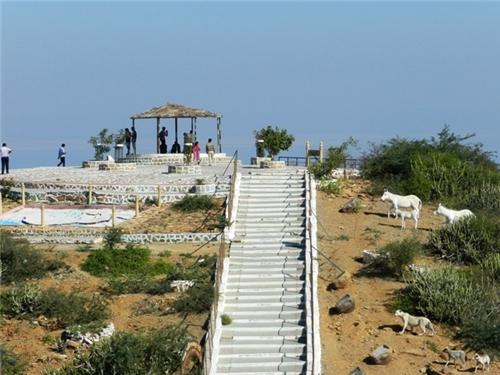 The Pakistan Army check post at top of Kalo Dungar is a restricted area which only military personnel are allowed to access. Kalo Dungar has many attractions with the Dattatreya Temple being the principal amongst them.

The hills of Kalo Dungar host the famous Dattatreya temple. Dattatreya deity is supposed to be a trinity of Brahma, Vishnu and Shiv who are the three principal Gods of Hinduism. The story goes as Dattatreya who once graced the earth visited the Kalo Dungar at one point of time. It was here that he saw a pack of hungry starving jackals. Struck by their plight Dattatreya offered his body to the jackals and allowed them to feast on his flesh. His body regenerated itself miraculously and this established him as a divine being. Till now priests offer Prasad to jackals after aarti at the Daattatreya temple. 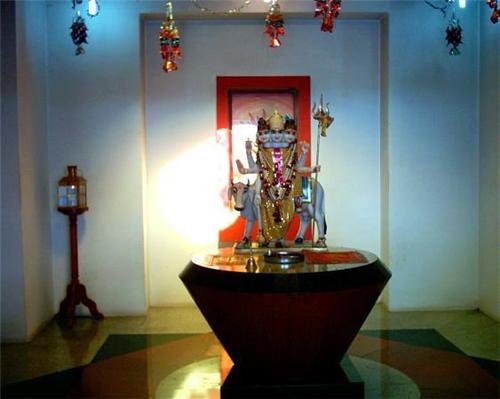 Another story connected to the temple is that of the ancient peer Lakh Guru who was struck by plight of hungry jackals too. Following the example of Lord Dattatreya he cut off his limb and said “Le Ang”. Unlike the God Dattatreya this Saint didn’t re-grow his limb. However he acquired hordes of followers who came to seek his blessings. The Dattatreya temple is also called Paanchamaayi temple by the locals. Actually this part of Kutch was once populated by Naag monarchy which had a very beautiful princess called Pachcham Padamani. Some say that the name Paanchamaayi is derived from her name. Legend goes that Shri Ram was the first person to perform Puja at this temple. All the locals pitch in with funds to maintain this temple.

Attractions of Black Hills in Bhuj

The Gujarat 2001 earthquake had destroyed a major part of this temple. Through the effort of the government the temple has been reconstructed a new deity of Shree Guru Dutt has been installed. The rules of Hindu mythological architecture have been followed and the window of the new temple is designed in a way that the sun radiates its rays just from a spot above the window of this temple. The entire temple is illuminated with light and is a celestial treat for the eyes during sunrise. 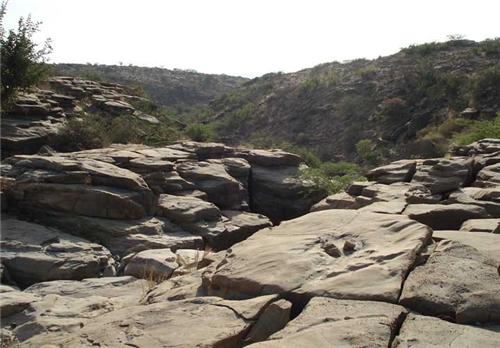 This is a permanently burning holy fire that is fueled by the priests at the temple. The fire represents eternal radiance of Kalo Dungar and is never allowed to die out.

A temple dedicated to Hanuman Ji is built just outside the premises of Dattadreya temple.
The temple has a traditional Gaushala (cow shed), food court and a community hall apart from a rest house. Food and lodging is provided to tourists at a very nominal rate. 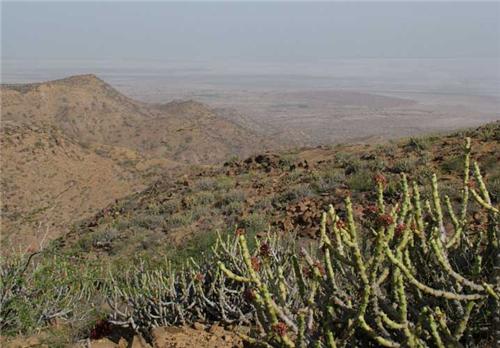 How to Reach Black Hills in Bhuj

The nearest village to Kalo Dungar is the tourist destination Khavda. You can travel to Kalo Dungar by car from Bhuj or you can take a bus from Khavda. There are hiking trails around the hills which the more adventurous minded tourists can avail.

The early morning and the evening are the best times to pay a visit to Kalo Dungar.