The Bhujiya Hills and the Hamirsar Lake guard the town of Bhuj from both sides. Bhuj owes a lot to Bhujia Hill and specifically Bhujia Fort. The ancient Fort which stands atop the Bhujia Hills was constructed to give shelter to armies who were engaged in battle. 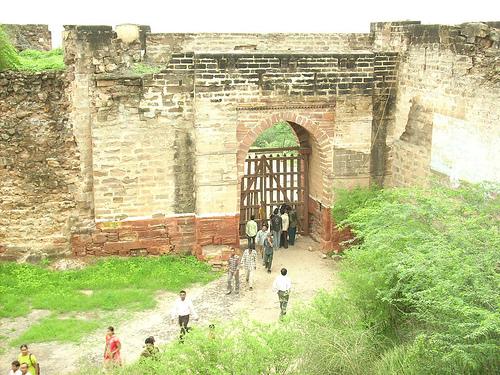 It was the fierce Jadeja Chieftain Rao Godaji who first constructed the Bhujia Fort on the Bhujia Hill in 1718. The construction of the Fort took a massive amount of time as Rao Godaji’s son Maharao Deshalji I was also involved in constructing the Fort from the period of 1718 to 1741. The Bhujia Hill was very important to the safety and security of the walled town of Bhuj so Devakaran Seth the Diwan of Kutch also spent a lot of his time and resources in Fortifying the Hill and strengthening the Fort.

The Bhujiyo Fort provided a good return on investment as it stood strong against 6 fierce battles which were fought from 1700 - 1800 A.D. The principle parties involved in these battles were Rajputana rulers from Kutch, Mughal rulers from Gujarat and Muslim invaders who infiltrated the area from Sind. The first big war was fought between Deshalji I and Sher Buland Khan the Mughal and Erstwhile Viceroy of Gujarat. Bhujia Fort helped Deshalji win the battle and keep the city safe. Sher Buland Khan with the aid of his fierce army had managed to create havoc on the Kutch army. A group of Naga Bawas were staying inside the Fort at that time to rejuvenate themselves before their visit to Nag temple. 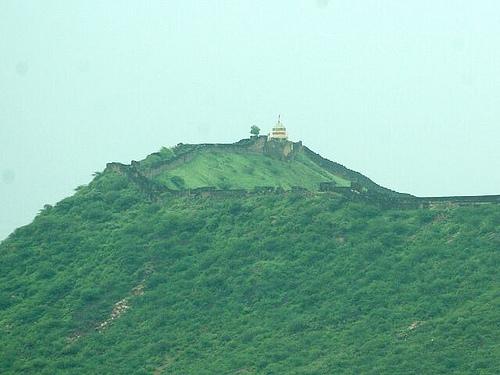 When they heard the battle cry they too jumped in to help Deshalji I to win the war. Since then Bhujiya Fort and the entire Bhujiya Hill has a special connection with Naga Bawa. A great procession is held on every Nag Panchami for felicitating the Bawa’s and their leaders. William Coir took over Bhujiya Fort in 1819 when Bhuj submitted to the political reign of Britain. Till this date the Bhujiya Fort is considered to be a military area.

As mentioned earlier the Nag Bawa group was on its way to worship the deity at the Nag temple. Till this date a small tower in Bhujiya Fort has been dedicated to the worship of snake god Bhujanga Nag. According to popular mythology Snake God Bhujanga Nag is the brother of Sheshnag the ruler of Patal. Bhujang Nag of the Kathiawar Than has a prominent place in the history of Kurtch as he was supposed to liberate Kutch from the demons and rakshashas who once ruled over it.

The Nag temple of Bhujiya Hill was constructed at the time of Fortification of the Bhujiya Hill during period 1718-1741. Thus Deshal Ji I was the king who is credited with the establishment of the temple. After the fierce yet victorious war against Sher Khan, Deshal Ji I constructed a Chhatri over the temple in the year 1723. Every Nag Panchami in the month of Shravan (according to Hindu calendar) there is a glorious fair held in the Bhujiya Hill. In fact the name Bhujiya is derived from the name Bhujanga the snake God. Therefore the town of Bhuj too gets its name from the Bhujanga.

The Bhujiya Fort is under the surveillance of the Indian Army and normally civilians are not permitted inside the premises. Arms and ammunition is stored inside the Fort and the public is allowed to view it from inside on Nag Panchami. The fair held to pay homage to Bhujang Nag or the snake God is very special and you should catch it if you have a chance. Walking around the Fort area is also a nice activity as the view is breathtaking from all sides. However you will have to climb up a long flight of steep stairs if you want to reach the Fort and on the way you will come across the shrine of Bhujanga Nag. 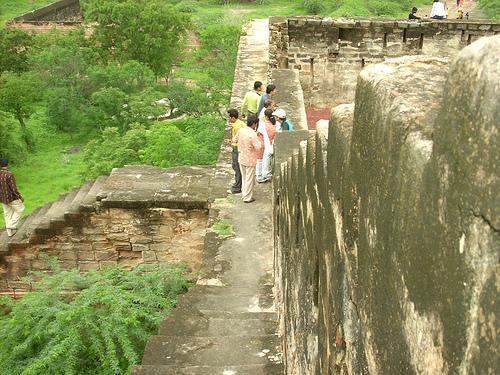 There are many trekking trails around Bhujiya Hill and as it is a smallish Hill trekking all the way to its top will be an exhilarating activity. So if you are looking for some physical activity then trekking around Bhujiya Hills is recommended. Please remember that civilian activities like holding meetings, discussions etc are not permitted within 700m of the Bhujiya Mountain. The Army Depot on the mountain stores prodigious amounts of guns, explosives and mortar. You will have to evict the Bhujiya Hill in evening as visitors are not allowed post 6.30 P.M except on festivals like Nag Panchami. Make sure that you take a guide along with you if you want to develop good knowledge about the place.